skip to main | skip to sidebar

Well its been awhile! Lets get things caught up to speed. A couple weekends ago I headed over with Beth to the BoulderBatholith Comp/fest; it was good. Brandon and Molly are back and they came over and climbed on the sickness. The comp went well. I cam in second to some strong sponsored dude from WY. Lots of good folks and good times. Another weekend of gettting fucked-up and climbing.
Working on the guide book. Shit takes forever.
Been out to lolo quite a bit to do new shit some more. Bolted two new routes with Kelsey Duncan this last weekend and we're headed back to send them both, 5.12 i think. Super good slightly improbable but great. Bromethias and Roller girl, respectively.  Bromethias is 4 bolts with a boulder start and then another looooonnnnnngggg lock off to a crimp followed by some semi-easy-climbing and Roller girl is boulder start to sweetness/funkyloloshit. 11 bolts I think, its a huge arcing line. Gotta keep ya off the deck right?
YESTERDAY-
I shit you not,, it took a half hour in grid lock to get from the center of town to wallmart yesterday and it was backed up from lolo. WHoly fuck man. So..................-----------#####we bailed to REststop crag for a cramped evening sesh. It was good as always. I love that place, so good. Might be checking out over the east coast for a couple of months but I'm stoked to make some $$$$$$$ and maybe stop at the red and go to rumney n shit. The Red is sooooo got, go there and get PUMPED.   I get the word next week if its a go. I'm crossin my fingers to say the least. I'm ripe for an adventure and some time away from MT even though I love this place more than life itself. life goes on--and there's always some shit to climb.
-LOVELIFE-
Posted by Maverick at 4:32 PM 1 comment:

Yesterday, Craig Kenyon, Kelsey Duncan and I headed out to lolo for an evening seshuan! Kelsey and I had put in a couple of bolts and an anchor on a cool little Dike climb down on the Creek by Tor Rock. We hiked down, removed some dead fallen trees and I put in the last bolt and did some remaining cleaning and handed over the sharp end to the Crag Master. CM sent and Kelsey and I followed up and created KDP 5.8 sport 3 bolts. A great setting and a great addition to the area. This is now the easiest climb at Tor and a great warm-up/mod.
After a break  we headed up to the Random events wall to climb a variation on the Lorax I bolted a couple weeks back. I cleaned, sussed out the moves and bolted the thing mid July but just now got back too it. The light was fading fast and I opted for the no-chalk- memory beta ascent. The first part of te Lorax went smooth and I could tell 10 sleep paid off and I cruised into the rest before it gets hard. You have to step out of this alcove after the 2nd bolt on the Lorax and trend right to clip the 1st bolt of the variation and the bust up some tricky, delicate, pocket (several monos) moves past two more bolts to a definite thin redpoint crux to a nice jug/tufa/dike hold. Then it is run-n-fun to the top. Shares anchors with The lorax. The Once-ler 12b/c??. Thanks to Cragmaster and K-dunc for the support. I wrapped up the evening with a dusk lap on the Cowboy and we retired next to the fire and  n made our way back to the saddle. Catch ya again partners.

Peace
Posted by Maverick at 10:22 PM No comments:

Not this previous Wednesday but the one before I broke out of Missoula's vortex on a solo road trip to meet up with Scotty and Jessie who were camped out at Ten Sleep for a couple of weeks. I finished work and all my errands latyer than I wanted and made it out of town around 5:30. I had intended to make the whole 8 hour drive that night but I got sidetracked in Bozeman by some bros with beers, namely Tom K and Guy, and spent the night.
Thurday morning I woke, drank coffee with TK and hit the road for the remaining 5 hours. I arrived in town just in time to meet up with Scotty and Jessie before they hit the crag at 1:30.
Slavery Wall, Word! ALL The climbing is in the shade after 1:30 so conditions are actually quite good even though it can be 100 degrees in town. First day: warmed up on a Schools out a couple of times and then procedded to belay Scotty on Happiness in Slavery 12b. Scotty sent and I decided to give it a go. It took for fucking ever but I managed to eek out a long flash of this. What a sick route. Almost gave up. Then we hoofed it over to Jessies project at the time The Great White Behemouth 12b. Ended up flashing this one as well. Super stocked. Kinda luck in a way, so many chalked holds you never know what you're going to get. We were all pretty worked by this point and I went and flailed around on some more shit at the French Cattle Ranch= FCR and super sick streaked limestone wall. Saw Joe Kinder do some cool 14a FA and meet a load of super cool folks. Joe and his girl Friend Colette are the nicest pro's i've ever meet. Super chill and not weird at all or snobby. I wish all climbers were that nice and chill.

The next few days only yielded one route for Scotty and me Kielbasa 12c. I tried some other shit but wasn't into it.

The last and final day I was able to do two great routes on the Slavery wall with the quickness. EKV 12c and Prince Abduhla 12d both second go 4th day on. Both awesome routes. Scotty did The Prince 2nd go too. Great job Scotty!

Ten Sleep: Is sick. Climbing is awesome, The people are kick ass awesome and the camping is uber chill and free. Only thing is you have to drive to the next town for food. Plus there is a super cold creek to ice your pumped arms in and the sceenery is top-notch. Couldn't ask for much better place to go. You get to sleep in and dick around before you go climb everyday, so sweet. Likely the premier Summer climbing destination that isn't blown out and greasy as McDonalds fries covered in redneck toejam and axle grease. Oh and the guidebook is one-of-a-kind, buy it if you go. If you need beta holla at me, I'm going to try and get down there again for a 3day weekend here this month. Peace
Posted by Maverick at 8:25 PM No comments: 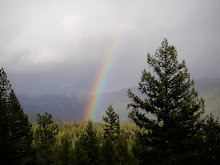 Welcome to my blog. The main purpose of the blog is to give and inside scoop on new climbing going on around Lolo pass, Montana, and other adventures of yours truly. The new climbing is mostly bouldering and sport. The season primarily exists between mid May until Nov. Dean and I are working on a guide, so get psyched!